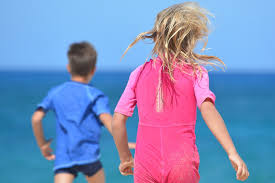 Earlier this month, I went for a picnic with my daughter and a bunch of her playschool classmates who were accompanied by their moms.  We hadn’t met in a while and thought it would be most convenient for everyone to take the kids to a park after school and enjoy the afternoon together.  What followed left me part confused and part amazed by how gender stereotyping permeates everyday parenting.  This is a story in two parts of how gender bias manifests in everyday life and how it’s possible to be both a perpetrator and victim of the bias.

A bunch of us, moms of two boys and two girls who reached early decided to look for a nice spot and get the fun started. One mommy took out a cricket bat and a ball and invited her son and another boy to get started.  She of course had no intention to exclude the two girls from the play but unknowingly the assumption of a difference in boys’ vs. girls’ play took over.  As luck would have it, I was also carrying a bat and ball and handed over to the two girls to get started.  It felt odd to having segregated them already, they all of 3 years! In the play, I noticed that the girls ran as well as the boys but didn’t really hold the bat well. And now I could see with my own eyes, what I have read in research papers and news reports about how gendered play impacts development.  There is enough evidence that proves that we need practice to improve our skills. However, because of unchallenged assumptions, we end up offering practice and opportunity to our kids’ basis their gender.  If we don’t offer enough opportunity for our girls to hold a bat, they don’t end up developing the skill or the interest. And without realizing how our behavior influenced the outcome, we solidify it as a rigid view – boys are ‘naturally’ good at sport, girls not so much.

The second part is about me as a mother. As part of our work at Candidly, I consume ideas around gender equality on a day on day basis. I have tried hard to fight my own conditioning and make a conscious effort to offer my 3-year old different opportunities of play and expression.  I try to steer away from making gendered choices (blue vs. pink, kitchen sets vs. racing cars, frilly dresses vs. sporty t-shirts, Elsa vs. Spiderman, ok we haven’t reached the last one) so she has the freedom to choose what appeals to her and not limited by the social sanction.

So, you can imagine how dismayed, I felt when at the picnic my daughter rejected the green plate that was offered to her and specifically asked for the pink plate hiding at the bottom of the pile. Her reaction got the customary laugh from the mom who was distributing the plates on how pink is the inevitable choice of a girl.

What had gone wrong? How did that happen? I thought I had been mindful in mixing up the yellows and the blues so pink didn’t become the inevitable choice. Could it be true (as some research disputes) that the gender preferences such as that for pink are ‘biological’ and not an outcome of cultural messaging? May be she indeed likes pink (like a cousin once told me, “meri beti to jab se paida hui hai wo sirf pink hi mangti hai”), maybe there is pink hidden in our genetic makeup.  Pink is the universal favorite of girls. Enough said!

Unfortunately, those of us who have worked in advertising and marketing are painfully aware that this isn’t true.  That what we think is a free ‘choice’ has been carefully manufactured for us,  the glamorous ads on TV, billboards, shopping malls, next to our Facebook chats, priming us to make that choice. 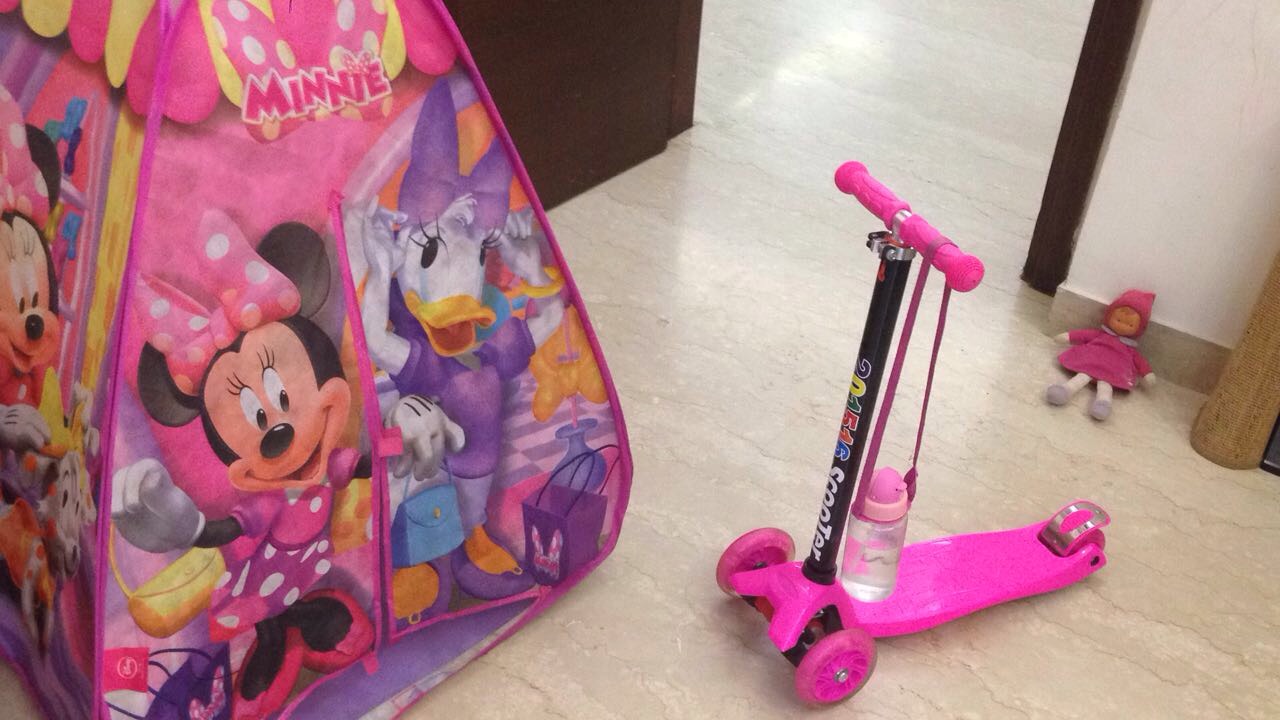 So, when I reached home, I found my answer in my daughter’s play room.  I had been too focused on my own choices that I failed to notice choices that our society makes in the shape of family and friends.  Pink was everywhere – the water bottle, the tent house, the kick scooter and the little doll. Because they came as gifts, I failed to understand that I was still responsible for their dominant presence in my child’s life. They didn’t come as part of a giant social conspiracy to trap her in gender conventions; they all came separately, at different times. They came out of love, out of the giver’s perception of what’s appropriate or joyful for a ‘girl’ or most often basis social cues of ‘gifts for girls’ that they would have seen at aisles of toy stores that they would have visited.  Together, they worked effectively in communicating the idea deeply to a young child, a child alert to cues that explain how the world is structured and how they fit in the scheme of things, that to be girl = all things pink.

Pink is a lovely color. But a pink that is militant, that segregates, that is appropriate only for half the population is no longer just a ‘colour’. It is this need to separate that widens the rift and brings us to a world of #metoo vs. #ididthat. If you are not sure of what the big deal is about blue for boys, pink for girls, there is tons of reading material available to understand the effects.

That effect of gender bias is what all of us, women and men experience equally in our lives. What we don’t recognize is how we contribute to the problem every day through our own attitudes, beliefs and actions. We stay in the vicious cycle as victims of rigid gender conventions and perpetrators of the same by not challenging the inappropriateness of what’s considered gender-appropriate.  I am on my own journey of understanding and challenging it. It would be great to hear your views and experiences.