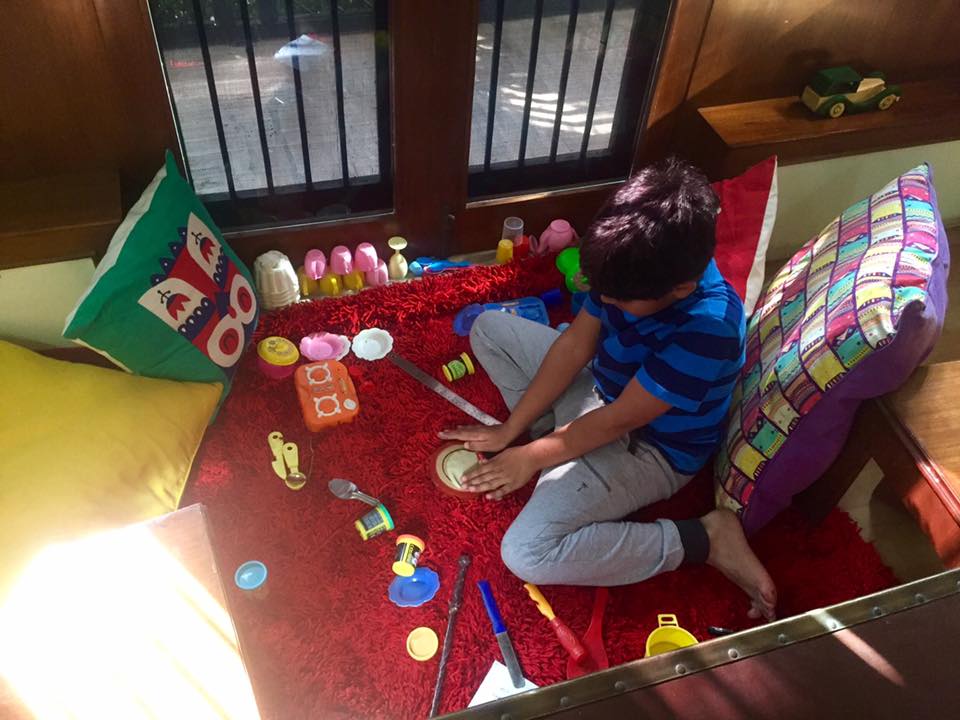 I recently posted a picture of my nine year old son playing with his cherished set of plastic kitchen utensils on my Facebook wall. I had expected some of my friends to appreciate the picture of a boy who was not afraid to exercise his choice in play- a choice that was very different from what people in general believe boys should be doing. I had also expected that some people may find the need to post pictures that celebrated breaking gender stereotypes unnecessary, that it is more important to bring about changes in the real world rather than making a point on social media. And I did receive one such response which was not very subtle or kind.

Such responses are not entirely unexpected on social media- one must be prepared for both eggs and roses if one decides to stick out one’s neck- but this one got me thinking about how deeply, if at all, I know the people on my Facebook list. And given as I am to torturous second guessing of all my opinions, it also got me thinking about the need for posting such pictures. And here’s what I realised.

In a world populated by toy shops that stack and offer toys according to gender and not individual preference, we do need to reaffirm and be proud of every child’s individual choice, whatever that may be.

In a world where shopkeepers ask me if the Kinderjoy egg I want is for a boy or girl, because “Madam, chocolate eggs come only in pink and blue, you see!” it is important that I let my son choose a pink tea cup to play with or pink socks to wear because I want him to know that he has every right to choose what he wants to play with unless it can cause hurt or damage. I want him to understand thatchoosing a particular colour does not change or degrade him in any way. Pink is for everyone, boys and girls. Choosing pink does not make one weak or girlish, as if that was a bad thing anyway!

In a world where people in my community routinely make fun of boys who play with kitchen toys and girls who play football or cricket, calling them things like girly or tomboyish, it is important that I appreciate my child’s desire to simply follow his instinct, to be constructive, to be willing to learn how to put together a meal without worrying about what people will say.

In a world that constantly strives to put little boys and girls in colour coded boxes labelled Pink For Girls and Blue For Boys at so many levels- from the clothes they wear, to the games they play, to the colour of the candy they choose to eat and the comic characters they should likewith such vehemence,  it makes me wonder if boy and girl genes might not grow afraid and decide to colour code the whole chromosomal arrangement- it is important that we rejoice in a child’s choice to be exactly what the world does not want or expect him to be- a non- colour coded individual with a mind of his own.

And most importantly, we need to celebrate these little victories of little boys playing with ‘girls’ toys on whatever medium is available to us. Social media is a wonderfully powerful visual medium that we can use to reinforce images and ideas that are not necessarily considered normal or acceptable. In a world that is far from ideal or equal for many people, the images we choose to project and rejoice in, become all the more important until such a time when boys who like to cook and girls who like playing football are a norm and not an aberration.

June 29, 2018
by Reema
Read More
Today I am excited to share with you EqualiTee, our awesome new collection of gender-cool merchandise which challenges flawed stereotypes we inherited and lets our little boys ...